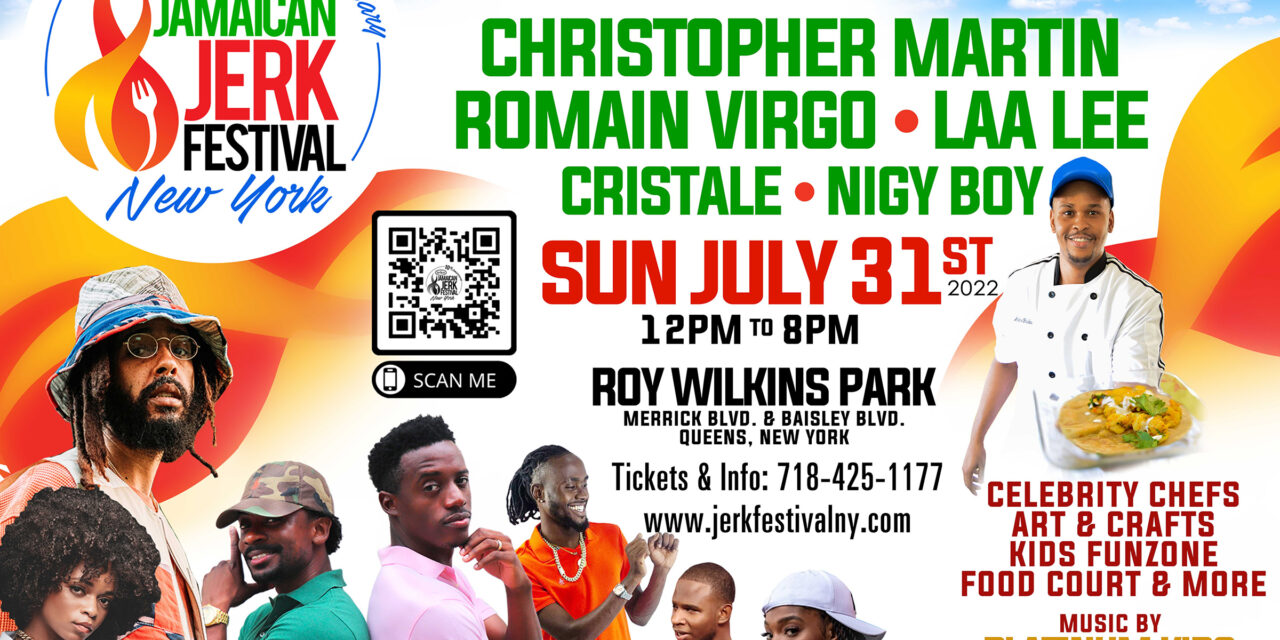 An entrée of seasoned performers and hot new sensations are on the menu for the 10th anniversary celebration of the Grace Jamaican Jerk Festival New York.  This year’s amazing lineup will satisfy Reggae lover’s pallets which will feature Protoje, Lila Ike, Romain Virgo, Christopher Martin, Laa Lee (in his first New York performance) amongst other entertainers.
On Sunday July 31st, fans will gather at Roy Wilkins Park (Merrick Blvd and Baisley Blvd) in Queens, New York to also celebrate Jamaica’s 60th independence anniversary and title sponsor Grace Foods, 100th anniversary. The annual signature Caribbean event combines food and entertainment with activities for children in a buzzing Kids Zone from 12pm to 8pm.
Reggae star Protoje has recorded a catalog of notable songs.  “Who Knows,” “Blood Money” and “Rasta Love” are just three of his most watched video’s on YouTube.  The star has included Grace Jamaica Jerk Festival New York as a part of his 2022 tour recognizing that fans in Queens are eager to see him perform in the park.
Celebrated songstress Lila Ike will also take the stage at this year’s festival.  Her music has connected a generation of younger music lovers; “Where I’m Coming From,” Second Chance” and “I Spy” are considered classics and most requested when she performs live.
Upcoming Dancehall star Laa Lee will have fans moving with his uptempo, make-you-move song “Bong Bing” which features fellow rising sensation Cristale.  Additional singles “Bird” and “Tip Inna It” will ensure all attendees dance in unison!
Local sensation Nigy Boy (pronounced Ny-Gee) will make his Jerk Festival debut.  His performance at the Taste of Jerk event launch started the buzz for his festival debut.  Platinum Kids, one of New York’s most energetic and requested sounds will entertain in their inimitable style.
Closing out this year’s dynamic performances will be Christopher Martin and Romain Virgo who together are called Singers In Action.  With an established catalog of hit records from both artists (“Glow,” “Leave People Business,” “I’m A Big Deal” and “, “Soul Provider” to name a few), the duo is prepared to go song-for-song on stage while engaging fans determine which singer made them move the most.
The Kids Zone will be buzzing with fun activities for the young ones, featuring educational and brain-teasing puzzles, traditional ring games and immersive activities such as face-painting and art, which will even provide entertainment for parents.
Tickets for the Grace Jamaican Jerk Festival New York are available online and at selected Caribbean retail outlets for $45, day of the event tickets will be $60 at the gate.  Children 10 and under admitted free and there will be a special discount for first responders and seniors with proper ID at the gate. Visit www.jerkfestivalny.com for a list of ticket outlets and event details. 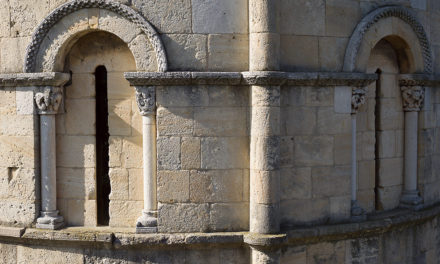 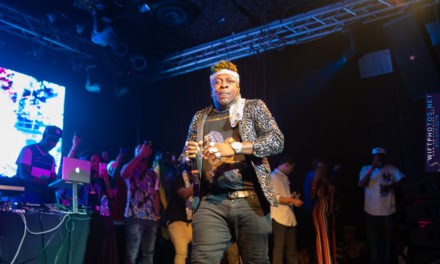